Rain, Sand, Stars! was 2.5D (that's 3D models moving on a plane) because we were simply unable to make the main character run on a fully 3D spheric planetoid. We had ugly rotation issues at the poles, so we decided to make a simpler game instead. In this post we explained how to make characters run around planetoids with quaternions.

But in the original idea we wanted Tsuyu (the main character) to run freely around a fully 3D planet. Heres the napkin sketch that testifies that first design! 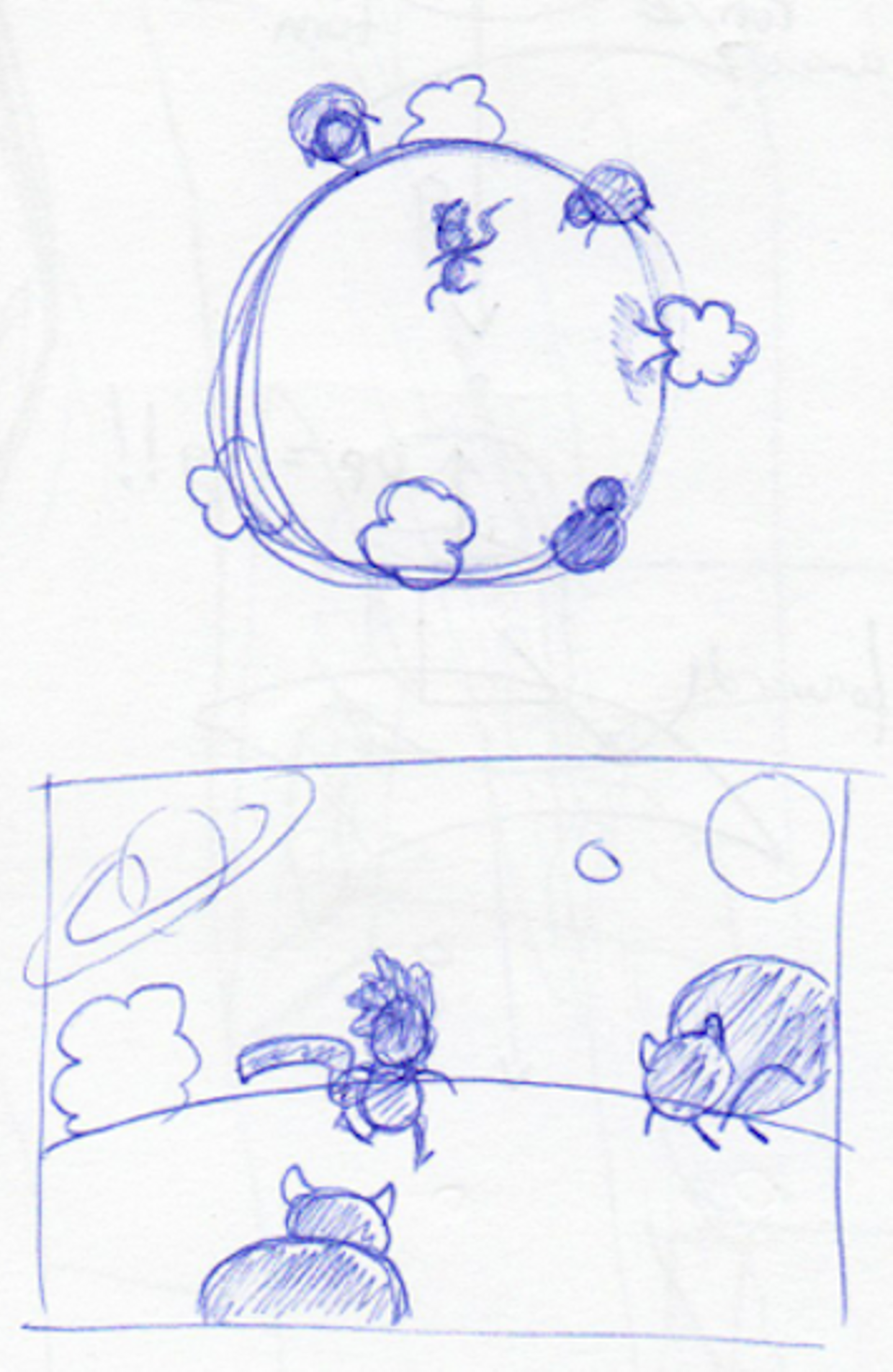 As soon as we managed to build the first planetoids in Crossing Galaxies it was quite clear that the next step would be being able to walk on them. This time we found out that required maths were not that complex. We even managed to toy with gravity like Mario Galaxy did, although making it point towards the center of the planetoid was good enough for our needs. To achieve it just a few vectors where needed: gravity, the normal vector of the triangle we are standing on, the tangent at that point, desired character orientation and its speed.

Results, shown above, were pretty good! So much that we still consider a remake of Rain, Sand, Stars! in this full 3D format. Who knows, maybe as an easter egg when we go back to walking on planetoids in Crossing Galaxies...

This post belongs to the Origins series where we explain where Crossing Galaxies comes from: Part I, Part II, Part III, Part IV